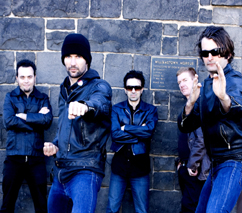 'Live at the Annandale' by RICHARD SHARMAN

I arrived at the Annandale just after nine, to find I had missed the first band The Exiles, from reports I heard from various people they were with catching. A couple of beers and a bit of chat to a few familiar faces and then the Booby Traps took to the stage.

Every time I see the Booby Traps they keep getting better and better, this was no exception, and with the big sound of the Annandale PA they sounded a treat. Good sixties garage girl rock, with some mighty fine fuzz lead guitar. Good fun!

Next up was the outfit that everyone had come to see. I hadn't had the pleasure of seeing Six Ft Hick before, but had seen the bands Geoff and Ben Corbett front when they aren't teamed up on Hick duty; The Tremors and Gentle Ben and his sensitive side. But from the first blast of guitar rock from Six Ft Hick it was clear this was a different beast.

Six Ft Hick are a five-piece band featuring Tony Giacca on bass, Dan Baebler on guitar, Fred on drums and Geoffro and Gentle Ben Corbett as the twin front men. They deliver a sound and show that conjures up images of bastard spawn of The Stooges and The Dead Kennedys. Their sound is primal, melodic and as full of raw power.

I don't know what they put in the water in the Corbett household but whatever it is it's something damned special. These boys can sing, they can howl, they can scream and they can MOVE! back flips, dancing, athleticism it is all there - it's not often you see this type of stage presence from one front man - let alone two - the stage and the show is definitely theirs.

The Corbett brothers were not content to remain confined to the stage with both making excursions into the crowd and along the bar - Geoff pulling off his cowboy boot and having a barmaid fill it with beer then drinking from it before upending it over his head - Ben showed his climbing aptitude raising himself up the speaker stands and literally hanging from the rafters at various stages in the show.

There were few breaks between songs the band just keeping the sonic assault happening except for a small break in proceedings to honour the late great Premier of Queensland, Sir Joh Bjelke-Petersen.
After well over an hour on stage the band launched into a killer cover of the Johnny Thunders anthem to heroin, 'Chinese Rocks', to close their set.

After a short break, Fred picked up a guitar and sang a delightful ditty dedicated to golden showers. He then went back behind his kit and the rest of the band then joined him for a final encore.

All I can say is - WHAT A FUCKING SHOW! This is maximum rock and roll at its finest and if you have to sell your grandmother or children to see these guys, put them on eBay now! 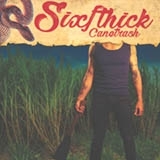