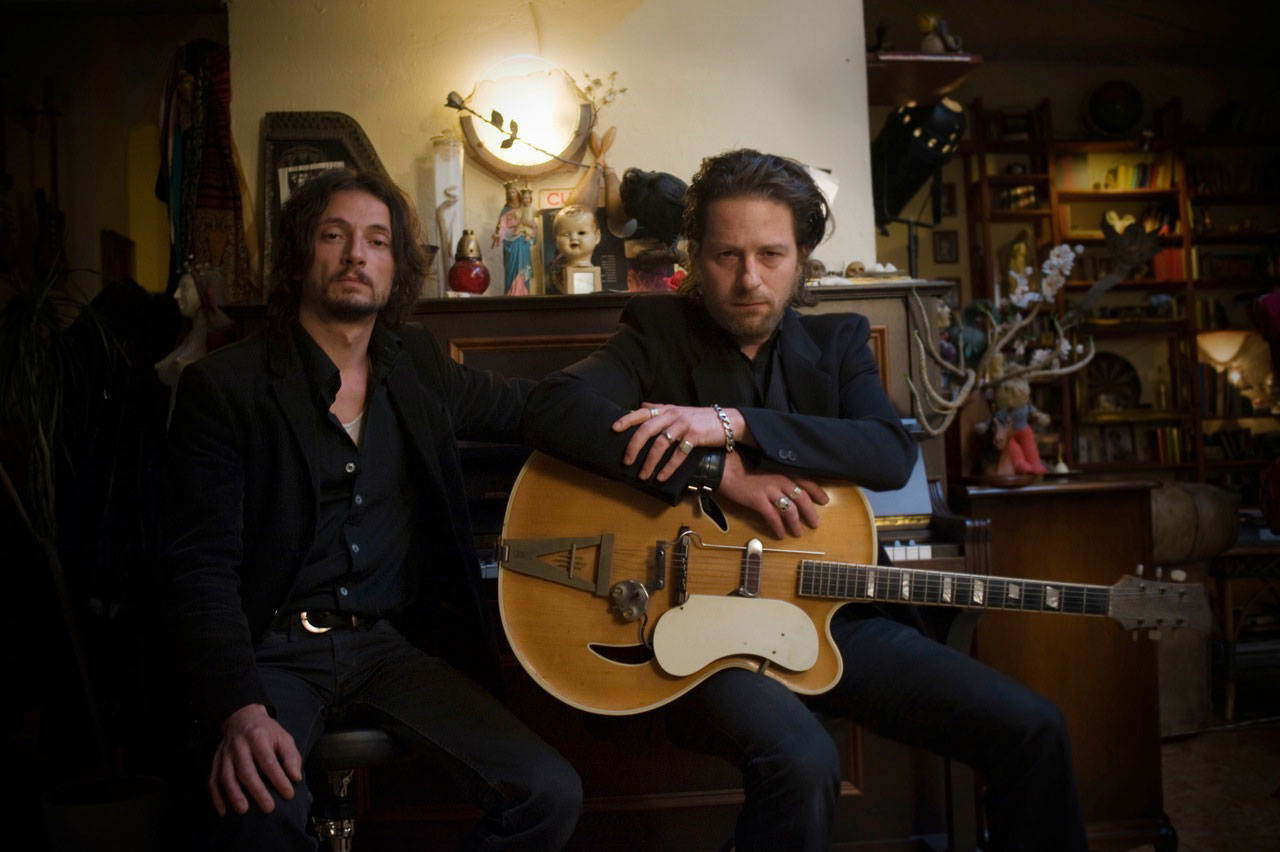 Spooky Records is excited to announce theFebruary 2013 album release of "Partly Animals", the latest musical effort by German wolfmanTex Napalm and fellow French brother in armsDimi Dero. To celebrate this much anticipated collaboration,Tex Napalm and Dimi Dero will be heading to Australia for the first time together to launch "Partly Animals" with a series of live shows in February and March 2013 where they will be joined by Brian Henry Hooper (Beasts of Bourbon / Kim Salmon & The Surrealists) plus some very special guests.

Rather than repeating the junk-style garage blues of 2009's critically acclaimed "Sticky Singers" album, the two have gone to great lengths to dive deeper into seventies rock, soulful Stones-licks and creepy Kraut-ambiences shattered by massive Stooges sounding feedback-orgies as well as heartbreaking ballads. A condensation of sixty years of rock-n-roll, outside influences as well as their own weirdness only this accidental brotherhood can create in their own evaporation of smoke and vine. Passionate, gloomy, grim, drunk and humorous, these "Partly Animals" will sink their teeth into you and will have you come back for more.

Tex and Dimi with special guest Brian Hooper on Bass hit Australia this February you can catch them and their special guests each night at the following shows.

Fri 22nd Feb: The Tote with The Stickmen