Velatine's true beginnings were around 2018 when Loki Lockwood re-invigorated a long lost music career after being sidelined producing numerous records and live mixing for a string of Australian artists. At the beginning Loki delved deep into the the world of electronica in an unconventional way, combining a love of cinematic soundtracks, industrial and orchestral music. Along with respect for a great pop song he started hatching the Velatine “Plan”. The mission was to build a catalogue of music strong enough to snare a brilliant female singer with which to collaborate with. As the momentum gathered he quit his job teaching audio at a well known Melbourne institution feeling like 2020 was going to be the year!!!! Well what a disaster that turned our to be. Living in one of the most locked down cities of the world “Plan B” was hatched. Siphoning off 'out-takes' that were deemed too moody for the future look of Velatine he released an album 'Store Atmospherics' in May 2020 and as the lock-downs continued quickly followed it up with a single 'We Are, Are You Alright?' and a second album October that year 'The Trap'.
By the start of 2021 releasing instrumental music had worn thin so the writing returned to the original plan to find 'the singer'. Most of 2021 was stop / start. Singers were approached but it seemed nothing would stick so Loki spent most of the year honing his musical and lyric writing skills. Then in October he messaged a young singer Maggie Alley to gauge her interest in perhaps recording a song or two. She appeared at the door of Creepy Hollow, Loki's home and studio base without never having met and after what could be described as an explosive first session they quickly agreed it was something they should develop fully. Not entirly surprising as Maggie, even at her young age has been writing her own material for years, has already released two EPs and is currently working with her band on her debut album. Loki has on numerous occasions said “Maggie brings to the music I write a natural ability to inflict a deep understanding of the differing emotions displayed song to song, she possesses a voice well beyond her age, truly her own style but if you need any references think PJ Harvey or Siouxsie Sioux”.
Now they're ready to show what they've got by kicking it off with a 7 inch single release 'Comic / No God' 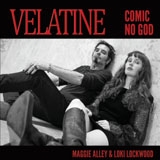 AND THESE RELEASES ON
BANDCAMP 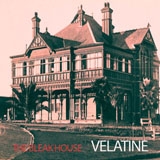 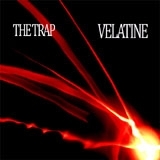 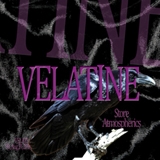